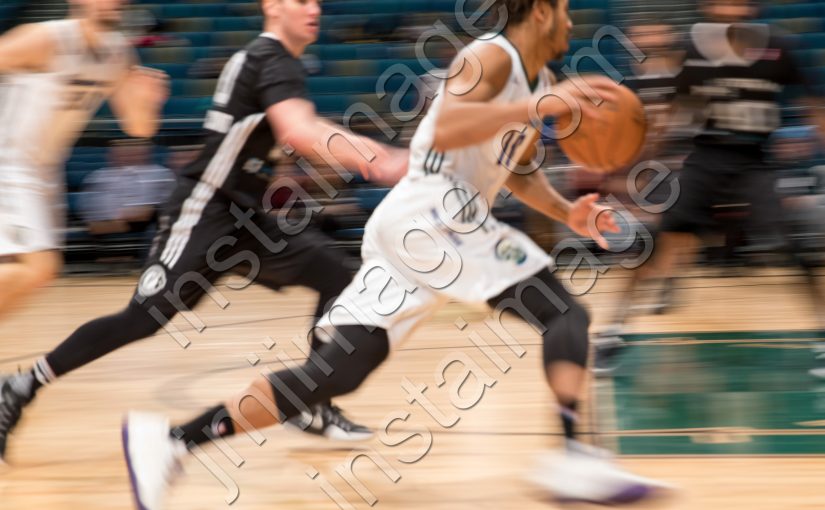 Bryn Forbes who is on assignment from the San Antonio Spurs paced Austin with 15 points, two rebounds and five assists while Cory Jefferson logged a double-double with 11 points, 10 rebounds and two assists.

The Spurs took control of the lead early, leading the Bighorns by four on two separate occasions in the first two minutes of the first frame. The Bighorns would knot the score up five times in the frame but would never lead in the quarter. The Spurs led 24-20 in the first quarter.

The second quarter was a tight battle that saw four lead changes and three ties. The Bighorns took control of the score after a lay-up and a three from Patterson to have a 25-24 lead at the 10:23 mark. The Spurs got a one-point advantage over the Bighorns after a hook shot by Jefferson before the Bighorns pulled away by as many as five to hold a 30-28 lead over the Spurs mid-way through the frame. The Spurs rallied back to get a three-point advantage over the Bighorns with 1:28 left in the first half. After two free-throws from Cousins and a free –throw from Will Davis, the score would be tied at 42 going into the locker room at the half.

The Spurs controlled the third frame, leading the Bighorns by more than nine in the quarter.

The Bighorns gained momentum in the fourth quarter outscoring the Spurs 29-22. Pe’Shon Howard opened up the frame with two triples to edge the Spurs 69-68 at the 9:31 mark. The Bighorns took a six-point advantage over the Spurs after a three from Howard followed by a hook shot and two free-throws from Labissiere. The teams battled for the advantage exchanging the lead twice before the Bighorns held a 82-76 lead with 3:23 left in regulation. Forbes tied the game at 87 at the 6.1 mark. Howard would attempt a three but would be beat by the buzzer, forcing the game into overtime. Howard scored 12 of his 18 points in the third frame.

Mark Tyndale made a lay-up in the opening minutes of the first overtime frame followed by a jumper and a three from Patterson to take a 95-88 lead over the Spurs. The Bighorns would not relinquish the lead, securing a 97-91 victory over the Spurs.

The Bighorns will return to the Reno Events Center on Friday, Jan. 13 to host the Canton Charge at 7 pm.

About the Reno Bighorns:

The Reno Bighorns are a member of the NBA Development League, the official minor league of the NBA. The Bighorns are affiliated with the Sacramento Kings. Season tickets for the 2016-17 season are on sale now! For more information, call the Bighorns front office at 775-853-8220 or visit RenoBighorns.com. Follow us on Twitter @renobighorns and “like” the Bighorns on Facebook at facebook.com/bighornshoops. The NBA Development League is the NBA’s official minor league, preparing players, coaches, officials, trainers, and front-office staff for the NBA while acting as the league’s research and development laboratory. Featuring 22 teams with direct affiliations with NBA franchises for the 2016-17 season, the league offers elite professional basketball at an affordable price in a fun, family-friendly atmosphere. An all-time high 38 percent of all NBA players at the end of the 2015-16 season boasted NBA D-League experience. In fostering the league’s connection to the community, its teams, players and staff promote health and wellness, support local needs and interests, and assist in educational development through NBA D-League Cares programs. Fans can watch all NBA D-League games on nbadleague.com.